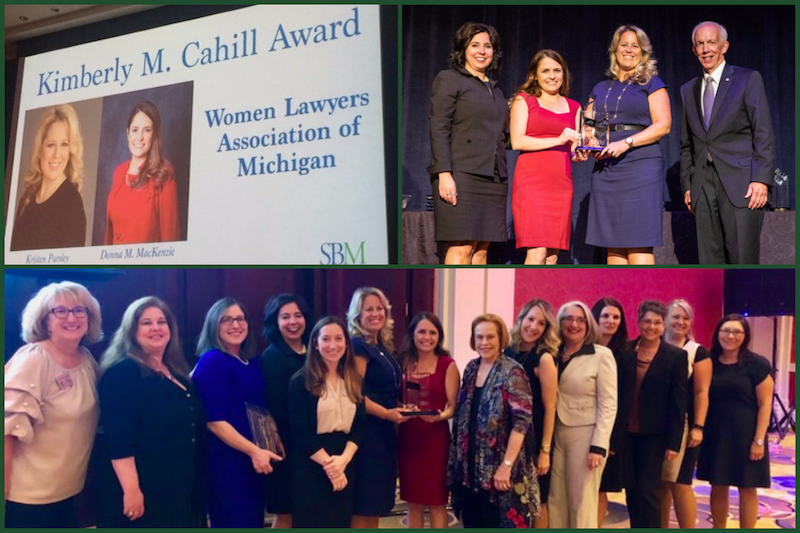 The Women Lawyers Association of Michigan (WLAM) has won the Kimberly M. Cahill Bar Leadership Award for 2018. This award symbolizes excellence in promoting the ideals of professionalism and equal justice for all.

In 2018, WLAM celebrated 100 years of supporting its mission of securing the full and equal participation of women in the legal profession in furtherance of a just society. Since 1997, the WLAM Foundation has awarded over $610,500 to 252 outstanding women law students attending Michigan law schools. The Foundation will be giving out $35,000 in scholarships this year – including a scholarship endowed by The Dobrusin Law Firm.