Home The Decision to Deny Institution of IPR Is Non-Appealable Except in Extraordinary Circumstances, Federal Circuit Rules 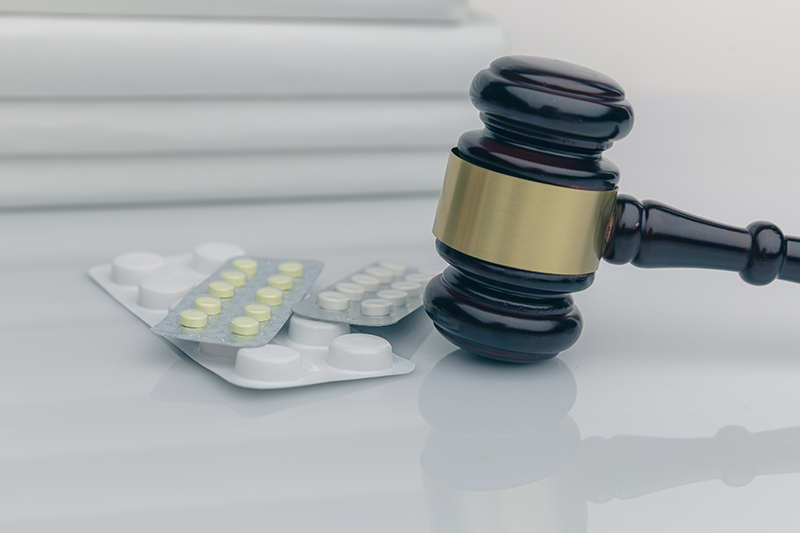 The Federal Circuit recently ruled it has no jurisdiction to review decisions of the Patent Trial and Appeal Board (PTAB) denying institution of inter partes review (IPR) proceedings, except in the extraordinary circumstance where a writ of mandamus is justified. The decision in Mylan Laboratories Ltd. v. Janssen Pharmaceutica, N.V., effectively means that, in most cases, PTAB’s denial of an IPR petition is the end of the road for patent challengers who want to pursue that potential remedy.

In 2019, Janssen sued Mylan in district court for infringement of a schizophrenia drug patent. While that case was pending, Mylan filed a petition with PTAB for institution of IPR of the biomedical technology patent at issue. The Board denied Mylan’s petition, basing its decision on its six-factor standard for evaluating whether to deny institution given earlier trial dates in co-pending district court proceedings regarding the same drug patent. Trial dates were rapidly approaching in co-pending litigation, which substantially overlapped with the issues raised in the IPR petition, including the second suit in which Mylan was not a party.

Mylan appealed the Board’s decision, asserting that the denial of institution based on the timing of a separate district court litigation to which Mylan was not a party violated Mylan’s constitutional and due-process rights. It also claimed that “the Board’s continued adoption and application of non-statutory institution standards through ad hoc proceedings lie in contrast to congressional intent.” On the same grounds, Mylan also requested mandamus relief.

The Federal Circuit granted Janssen’s motion to dismiss the appeal for lack of jurisdiction. The court based its decision by squaring the language in its general grant of jurisdiction under federal statute.

28 U.S.C. § 1295(a)(4) provides that the court “shall have exclusive jurisdiction . . . of an appeal from a decision of [the Board] with respect to . . . inter partes review . . .“ However, 35 U.S.C. 314(d) states that “the determination by the Director whether to institute an inter partes review under this section shall be final and non-appealable.”

Based on the statutory construction rule that a more specific provision prevails over a broader one, the court concluded that, taken together, “those statutes preclude direct appeal from a decision denying institution.”

However, the Federal Circuit found it did have jurisdiction to review IPR denial decisions under a petition for mandamus under extraordinary circumstances. After considering Mylan’s mandamus petition on the merits, the court concluded that it had not met the extremely high bar required for mandamus relief.

If you have questions about the Mylan decision or about inter partes review generally, please contact the patent attorneys at The Dobrusin Law Firm.