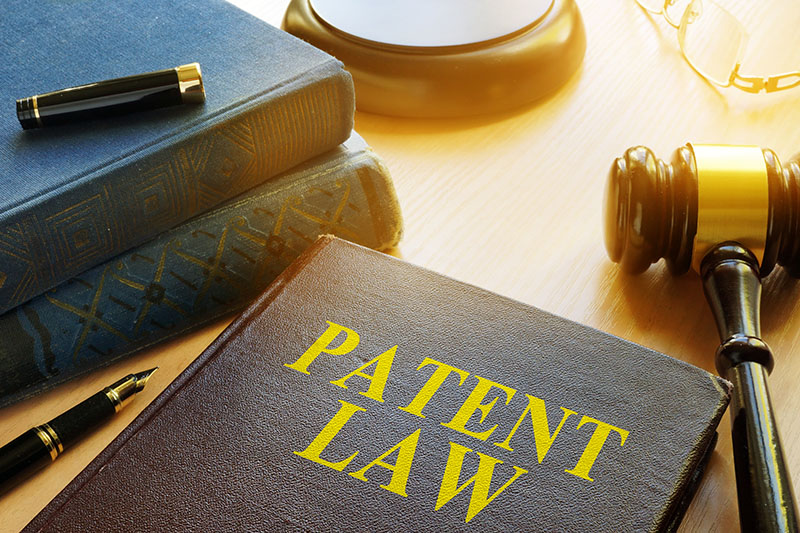 Recently, the U.S. Supreme Court addressed the authority of illegally appointed administrative judges, and though the decision did not speak to questionable appointments at the U.S. Patent & Trademark Office (USPTO), there may be implications for individuals and organizations holding, prosecuting, and protecting patents.

Lucia and the Appointments Clause

In Lucia v. Securities Exchange Commission, Raymond Lucia with charged with violating particular securities laws. Cameron Elliot, an administrative law judge (ALJ) with the SEC, was assigned to adjudicate the case and later imposed sanctions against Lucia. Lucia appealed the decision, claiming that the administrative proceeding was invalid because Elliot had not been “constitutionally appointed” pursuant to the Appointments Clause in Article II of the U.S. Constitution:

“[The President] shall nominate, and by and with the advice and consent of the Senate, shall appoint… judges of the Supreme Court, and all other officers of the United States, whose appointments are not herein otherwise provided for….”

The Appointments Clause and the USPTO

Why does the Lucia decision pose any threat to the authority of administrative law judges at the USPTO? Consider the impact if Lucia applies equally to the USPTO, the SEC, and other federal agencies.

When the result of a patent examination is unfavorable to the Applicant, the Applicant may appeal the Examiner’s decision to the Patent Trial & Appeals Board (PTAB), which then reviews the case and issues a binding decision. Within the PTAB’s branched hierarchal structure, the first tier includes a Chief Administrative Patent Judge (Chief Judge) and Deputy Chief Judge who decide petitions or may delegate authority to decide petitions. The second tier has two divisions of judges and attorneys led by a Vice Chief Judge, and under them are a variety of judges in different “sections.” each focusing on certain technical disciplines.

It is well established that the Director of the USPTO is an officer appointed by the President, consistent with the edicts of the Appointment Clause, and the U.S. Patent Act mandates states that “administrative patent judges shall be persons of competent legal knowledge and scientific ability who are appointed by the Secretary [of Commerce], in consultation with the Director.”

In Lucia, the Supreme Court found that SEC administrative judges are officers (rather than employees) and thus subject to the Appointments Clause. The Court identified that to qualify as an officer, an individual must (1) occupy a “continuing position established by law”; and (2) exercise “significant authority” pursuant to the laws of the U.S., according to the case law precedents.

It would seem that PTAB judges qualify as officers since they both occupy a continuing position, the position is established by law, and the judges have significant authority in the ability to make final rulings on the intellectual property rights of U.S. citizens. Furthermore, the function of PTAB judges substantially mirrors the qualities of SEC administrative judges as described in Lucia.

A subsequent provision in the Appointments Clause specifically references “inferior” officers, and gives Congress the legal authority, by statute, to delegate the power to appoint only inferior Officers to heads of departments (i.e., the Secretary of Commerce):

“Congress may by law vest the appointment of such inferior officers, as they think proper, in the President alone, in the courts of law, or in the heads of departments.”

While there has been generally sparse instruction on how to draw the distinction, Intercollegiate Broadcasting v. CRB, a Federal Circuit case, summarized three factors relevant to the inferior versus principal inquiry:

An example of how these criteria are considered can be found in Estes v. U.S. Dept. of the Treasury, which ruled that the three factors are not weighted independently and equally – strength in one can offset weakness in another. For instance “the power to remove officers… is a powerful tool for control” (indicating an inferior officer) and overpowers other factors such as an officer who maintains a high degree of autonomy (evidence tending to suggest a principal officer).

Degree of Supervision: It is unclear how the Secretary of Commerce supervises or directs the decisions of the Chief Judge, if at all. It is also unclear to what extent decision making is delegated. Considering the volume of cases, the degree of technical skill required of a judge, the number of judges and attorneys, and the level of hierarchical fractioning, it would seem nearly impossible for the Secretary of Commerce to exert any substantive control over the operation of the PTAB. Thus, it is probably safe to say that PTAB judges lean strongly toward the side of principal officers as they exercise a high level of independence.

Removable Without Cause: Although USPTO employment policies regarding PTAB judges are not helpful, it is safe to assume that the judges, who are chosen internally from Examiners or from extensively experienced legal patent professionals, would not be treated as expendable employees or dismissible without cause. The requisite skill required of these judges suggests that the USPTO does not have an appreciably large pool of applicants to draw from – hinting at an organizational aversion to turnover.

In Question or Reversible Decisions: Decisions regarding petitions are final within the USPTO. Applicants may seek post-decision relief in an appeal to the Federal Circuit. While technically, PTAB judge decisions are “reversible” on appeal, even federal district and circuit court judges’ decisions are appealable to a higher authority (both types of judges are appointed by the President). Thus, the fact that a PTAB judge’s decision can be appealed to a federal district court does not seem like a disqualifying characteristic for being considered a principal officer. “In question or reversible” likely refers to whether the bona fide principal officer (the Director or the Secretary of Commerce) can alter the decision of a PTAB judge. As it stands at the USPTO, the Director nor the Secretary of Commerce has any such power.

As clarified by Lucia, PTAB judges are likely officers, and under the Intercollegiate framework, they are likely principal officers. Thus, there is a very strong argument that the Patent Act illegally confers the appointment of administrative patent judges to the Secretary of Commerce where their appointments should only flow from the President.

Lucia made waves in the arena of administrative law and those waves may splash over into the hallways of the USPTO. A Supreme Court ruling like Lucia will surely embolden those eagerly waiting for the opportune time to bring suit. What chaos might follow such a paradigm shift? The Court in Lucia overturned the decision of the SEC administrative judge so the likely result of a constitutional challenge of the Patent Act would be a whole host of invalidated decisions and retrials by properly appointed PTAB judges.