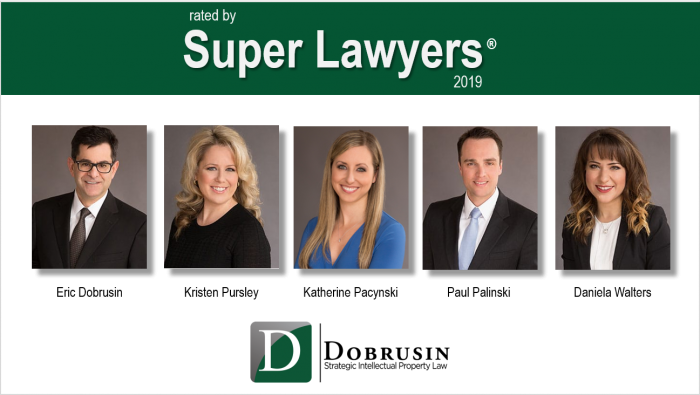 The Dobrusin Law Firm is pleased to announce that founding shareholder Eric Dobrusin and managing shareholder Kristen Pursley have been included on the list of Michigan Super Lawyers, and that shareholders Katherine Pacynski, Paul Palinski, and Daniela Walters were named Rising Stars.

Super Lawyers is a listing of outstanding attorneys across more than 70 practice areas who have attained a high degree of peer recognition and professional achievement. Rising Stars – lawyers who are 40 years old or younger, or who have been practicing law for 10 years or less – are among the top up-and-coming attorneys in Michigan. Only five percent of lawyers are named Super Lawyers, while only two and a half percent are named Rising Stars.

Selections for this list are made by the research team at Super Lawyers, an affiliate of Thomson Reuters. The multi-phase selection process includes a statewide survey of lawyers, independent evaluation of candidates by the attorney-led research staff, and a peer review.