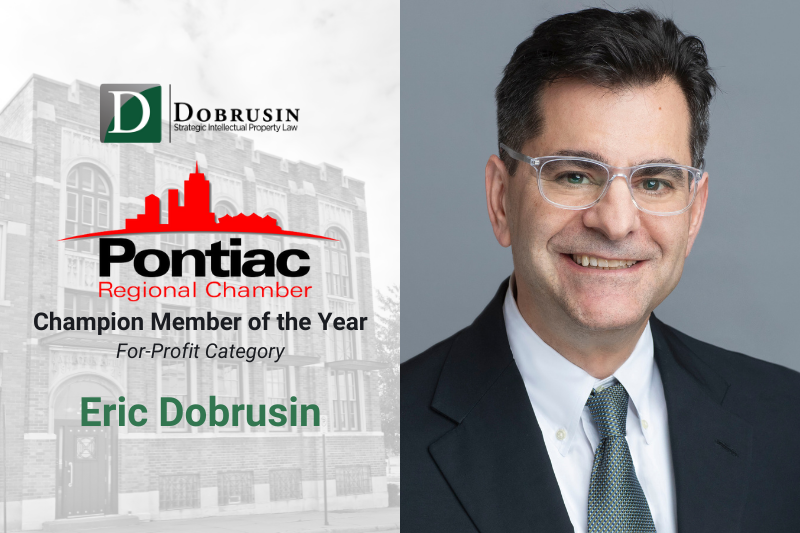 The Pontiac Regional Chamber has named Founding Shareholder Eric Dobrusin the 2021 Champion Member of the Year (for-profit category), recognizing his contributions, volunteerism, and community leadership over the past year. The PRC bestowed the award during its 6th Annual Prosperity Pontiac Event on March 30, 2022.

Eric has been a longtime Pontiac supporter and advocate, starting with his decision to locate The Dobrusin Law Firm’s main office in the downtown district. As he remarked in a July 2021 feature article in Michigan Lawyers Weekly:

Pontiac doesn’t receive nearly the attention it deserves. Aesthetically, its buildings (including ours) are architectural gems, and it offers a special environment teeming with creativity, intellect, and entrepreneurial spirit. We have benefited from that vibe, and we have been committed to the city because we want to be good neighbors and make a difference.

Eric constantly promotes Pontiac and has made giving back to the city and its people part of The Dobrusin Law Firm’s DNA. Please join us in congratulating Eric on this award!