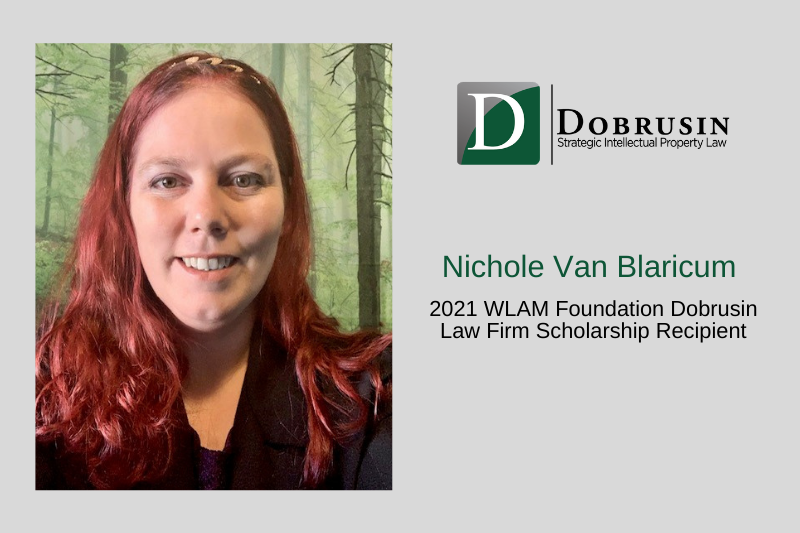 In 2019, our firm joined the Women Lawyers Association of Michigan Foundation’s (WLAM Foundation) annual scholarship program to encourage and support the next generation of attorneys, especially female attorneys. We are pleased to announce the recipient of this year’s WLAM Foundation Dobrusin Law Firm Scholarship is Nichole Van Blaricum, a second-year student at Wayne State University Law School.

Nichole received a Bachelor of Arts in Anthropology from Michigan State University in 2008 and spent the following year surveying and archiving artifacts at the Buried Gardens of Kampsville, Illinois, with the Center for American Archeology. She then earned a Master of Science in Historic Preservation from Eastern Michigan University in 2013, supplementing her studies by helping to restore the Bahreden Lodge in Pine, Colorado, and conducting surveys for the Michigan Barn Preservation Network, where she now serves as the Network’s secretary and a member of the board. A certified architectural historian, Nichole has documented conditions and locations of historic Detroit homes and wrote the history portion of the Packard Plant Project website.

Turning her sights on the law, Nichole entered Wayne State University Law School in 2019 and has continued to give back. She clerks part-time for a busy Detroit boutique law firm, volunteers with the school’s Asylum & Immigration Law Clinic, and was awarded an Innovation Grant to restructure and teach the Introduction to Cultural Anthropology online course as an adjunct professor at Mid-Michigan Community College.

“We are committed to promoting women in the legal field,” said Kristen Pursley, WLAM Foundation President and Managing Shareholder at the Dobrusin Law Firm. “As a mother and non-traditional law student, Nichole demonstrates the courage and resolve to pursue her dream, not only for herself but also as an example to her children. It is our privilege to celebrate her with the Dobrusin Law Firm scholarship.”