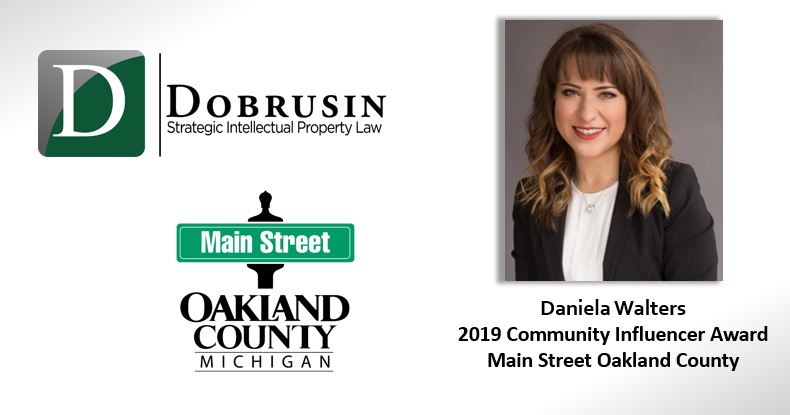 A proud business in the heart of Pontiac, the Dobrusin Law Firm is delighted to recognize shareholder Daniela Walters who recently received the Community Influencer Award at Main Street Oakland County’s annual awards celebration. Daniela and 14 other businesses and individuals received accolades for their efforts to preserve and energize their business and civic communities.

Daniela was honored with this award for her contributions to the City of Pontiac and Oakland County.  She is a co-founder and President of Main Street Pontiac which is a 501c3 non-profit advocating for and fostering a vibrant, safe, and historic downtown Pontiac.  She has worked with her fellow board members on creating grant programs in downtown, such as the Façade grant program to provide funding resources to renovate historic buildings; collaborative clean-up efforts throughout the year; community-friendly programming such the Phoenix Races and Hauntiac; and continuing already existing programs such as Canvas Pontiac.  She also plays an active role in Flagstar Bank’s Pontiac’s Big Idea Grant Program which provides Pontiac-based small businesses with $10,000 grants to either establish or expand.

“I know of no volunteer community leader more deserving of this honor than Daniela,” says Eric Dobrusin of The Dobrusin Law Firm. “Daniela has poured her heart and soul, working tirelessly, and often anonymously, into most nights, toward improving downtown Pontiac and the lives of its residents and workers.” 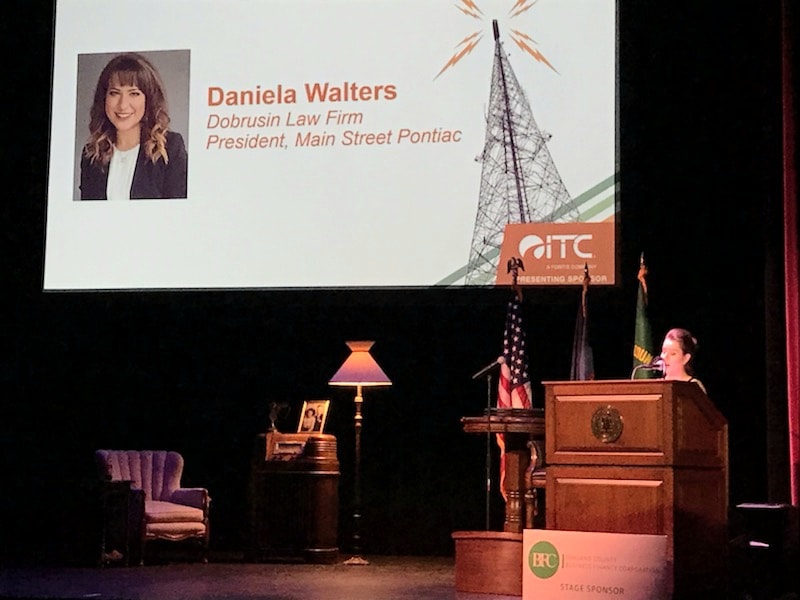 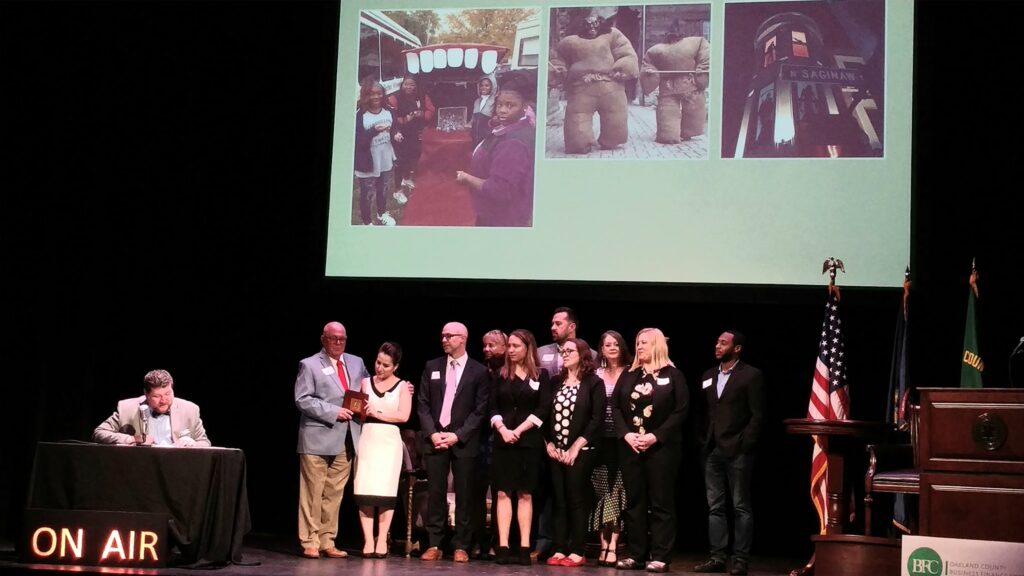