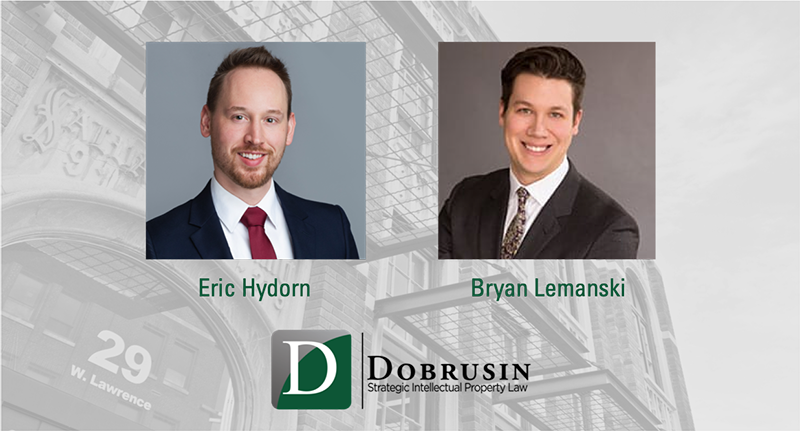 The Dobrusin Law Firm is proud to announce that Eric S. Hydorn and Bryan S. Lemanski have joined the firm as associates.

While earning a Bachelor’s degree in Chemistry from Hope College, Eric participated in microbiology research in the college’s science department and interned in the advanced engineering group of a Tier 1 automotive supplier. After graduating, he worked as a technical service chemist for a metalworking fluids producer. While attending the University of Detroit Mercy School of Law, he supplemented his coursework by clerking in the legal department of a Tier 1 supplier of climatized automotive seating and then with the Dobrusin Law Firm. Eric received his Juris Doctor in May 2019.

After obtaining a Bachelor of Science in Industrial and Operations Engineering from the University of Michigan, Bryan worked as an automotive engineer.  During his time in engineering, he worked in vehicle design, testing, and manufacturing, with specialized experience in passive and active safety systems, material stamping and molding, and electromechanical components. He later attended Wayne State University Law School as an evening student, while first working full-time in automotive engineering and then transitioning over to to the Dobrusin Law Firm.  While studying, Bryan became registered as a patent agent and was able to quickly begin his patent practice at the Dobrusin Law Firm while earning his Juris Doctor. He earned his Juris Doctor in May 2019 and was admitted to the State Bar of Michigan in November 2019.

We are delighted to welcome Eric and Bryan back to the firm!