Home Building and Shredding at the 2021 Phoenix Derby Races!

Each year, the Dobrusin Law Firm comes out in full force to sponsor and support the Main Street Pontiac Phoenix Derby Races! Although the pandemic forced a cancellation in 2020, the event returned for a third year – with a slight change of vehicle.

In the past, the Races teamed area middle and high school STEAM students with working engineers to build wooden gravity-powered cars. This year, skateboards were the focus, a tie-in with the Pontiac Skatepark Project initiative to construct a safe, accessible, and sustainable skatepark facility in the city.

When kids showed up at assigned time slots, they were given skateboard kits and tools and watched a video showing how skateboards are made. Then it was off to their workbenches to build their boards with help from the experts. Safety is always the top priority, and thanks to generous sponsors, each contestant received safety equipment and then short lessons on their new boards by experienced skaters part of the Pontiac Skatepark Project.

At the end of the competition, Main Street Pontiac awarded three scholarships of $1,000 each based on earlier submitted essay-style applications, and four $50 gift cards to the People Skate and Snowboard skate shop as prizes for superior craftsmanship.

Marijayne Renny, the Dobrusin Law Firm’s community outreach coordinator, has been working diligently to raise funds and awareness for the Pontiac Skatepark Project. Marijayne and Daniela Walters took on the added job of leading the firm’s involvement with the Phoenix Races in 2021.

We thank Marijayne and Daniela for their tireless efforts and everyone else who helped make this year’s Phoenix Derby Races such a success! 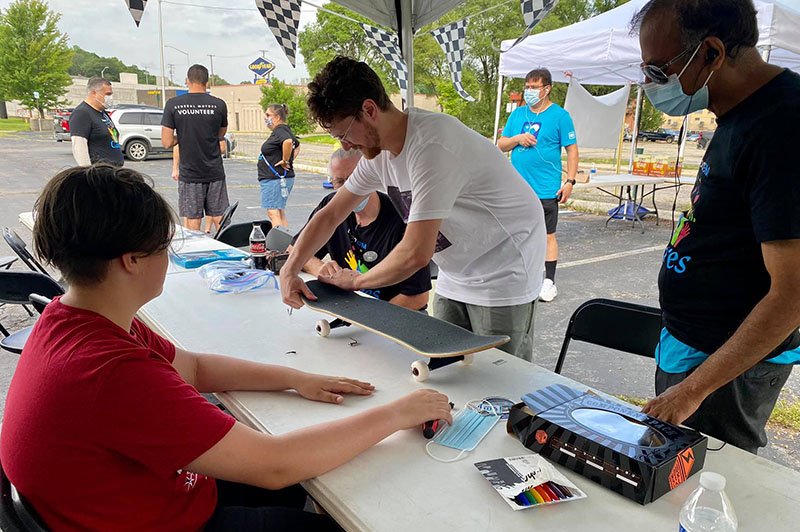 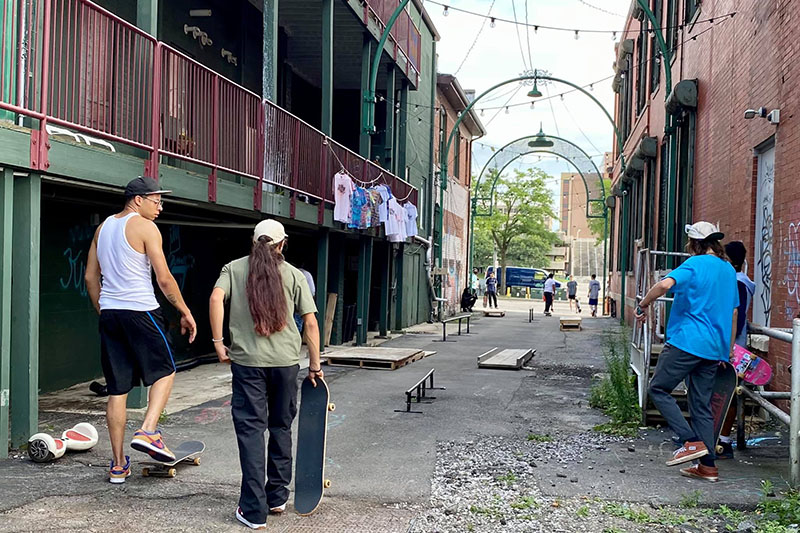 The Dobrusin Law Firm is delighted to announce that six of our intellectual property attorneys have been included in the 2022 edition of The Best Lawyers in America.

Founding Shareholder Eric Dobrusin and Managing Shareholder Kristen Pursley named to the 2022 list of Best Lawyers®. They both practice in the areas of intellectual property law and strategic patent counseling and have appeared on the list each year since 2007 and 2016, respectively. Making her debut on the list for 2022 is Rebecca Wilson, who devotes her practice to copyright protection and the prosecution of trademarks from inception to registration.

Additionally, Shareholders Katherine Pacynski, Paul Palinski, and Daniela Walters were named to the 2022 list of Best Lawyers: Ones to Watch, which honors exceptional attorneys who have been in private practice for less than ten years. The Ones to Watch category was introduced in 2021 and included all three lawyers.

The Dobrusin Law Firm is pleased to announce seven of its shareholders were named to the 2021 edition of Michigan Super Lawyers and Rising Stars.

Founding shareholder Eric Dobrusin focuses his practice on patent counseling and strategic patent prosecution, with an emphasis on materials science. He has appeared on the Super Lawyers list each year since 2006.

Managing shareholder Kristen Pursley concentrates her patent and intellectual property practice on consumer products and packaging. She has been included on the Super Lawyers list annually since 2019 and was named to the Rising Stars list from 2013 to 2018.

Katherine Pacynski concentrates her patent practice on mechanical, chemical, and materials science arts, with an emphasis on nonwoven materials and automotive applications. She has been named to the list of Rising Stars each year since 2019.

Paul Palinski focuses his practice on patent counseling and strategic patent prosecution, especially in the mechanical, electromechanical, and biomedical technology areas. He has appeared on the list of Rising Stars annually since 2016.

Daniela Walters counsels clients on patent matters, drawing from multiple degrees in industrial, mechanical, and systems engineering and her previous career as an engineer in the automotive industry. This is her fifth consecutive appearance on the list of Rising Stars.

Rebecca Wilson focuses her practice on copyright protection, trademark prosecution, and brand management, helping clients safeguard these assets and maximize their investments. She was first named to the list of Super Lawyers in 2020.

Super Lawyers ranks attorneys across over 70 practice areas, selecting the top five percent who have attained a high degree of peer recognition and professional achievement. The Rising Stars list of lawyers (40 years old or younger or have been practicing law for ten years or less) reflects the top two and a half percent of up-and-coming attorneys.

Please join us in congratulating our colleagues!

It seems that around every corner lately, a scam awaits.  Well, the same can be said as it relates to the patent and trademark world. Patent and trademark owners don’t want to inadvertently lose their valuable intellectual property rights because they failed to pay required maintenance fees or file necessary paperwork with the U.S. Patent and Trademark Office (USPTO) or the World Intellectual Property Organization (WIPO). However, scammers frequently prey on IP owners’ fears by sending them fake notices and “invoices” and fleecing them for unnecessary and fraudulent payments. Some of these documents even have CANCELLATION in bold letters across the top; of course, you’re going to pay attention, right?

Both the USPTO and WIPO recently issued alerts warning patent and trademark owners of these scams. As the USPTO advises, these notices come from private companies unaffiliated with the agency. They attempt to look official “because they contain information taken from public records available on the USPTO’s databases,” incorporate cautionary language such as “patent cancellation notice” or “important notification regarding your federal trademark,” or include “U.S.” or “United States” in the company name and letterhead.

If you hold a U.S. patent or trademark, you can avoid these scams and help stop them by being alert to the following advice.

If you are an American PCT applicant and believe you have received a fraudulent fee notice, WIPO also recommends that you report it to the FTC. Applicants from other member countries should report their complaints to their own country’s consumer protection agency.

If you have questions about patent or trademark maintenance fees or have concerns about a recent notice, please contact the attorneys at The Dobrusin Law Firm.